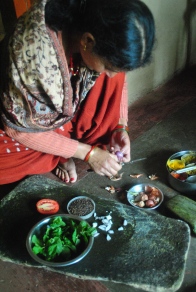 Making of the chutney on a traditional silbatta 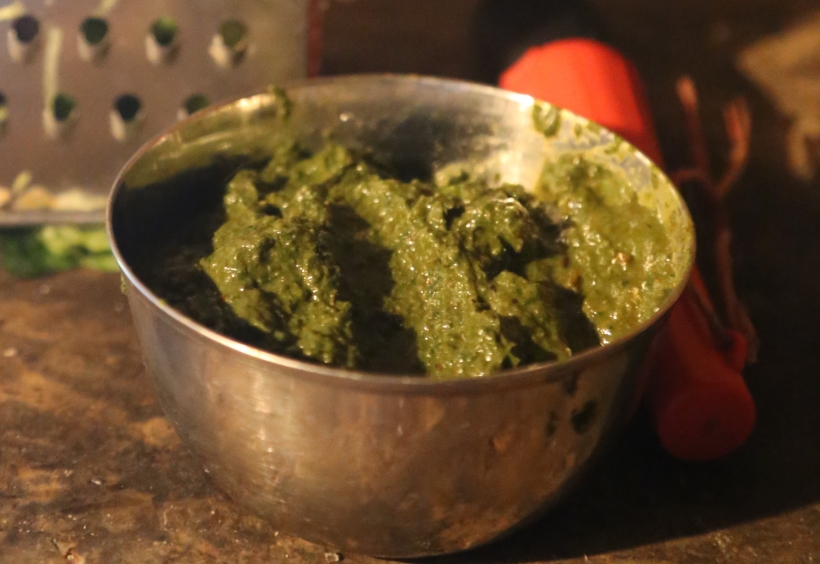 Ingredients for the preparation of aaloo ke gutke with jakhiya 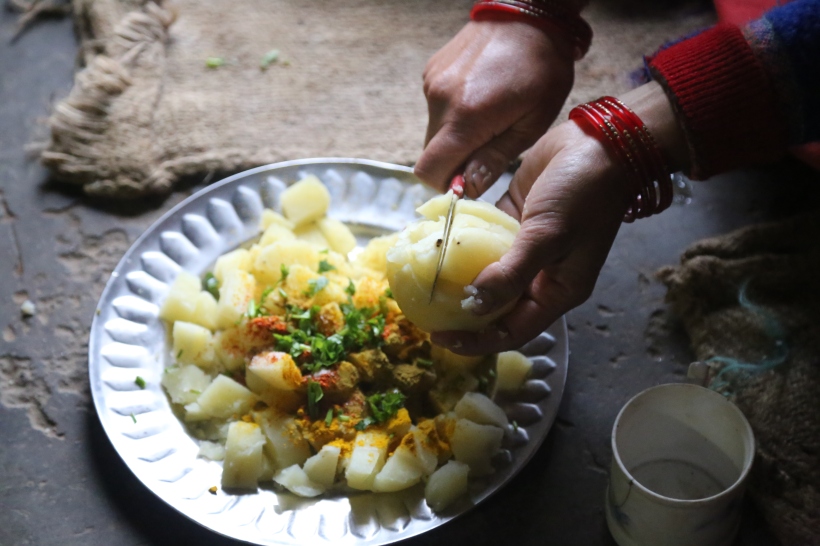 Cutting the potatoes and mixing the masala and coriander leaves

The dish being cooked on a traditional chulha 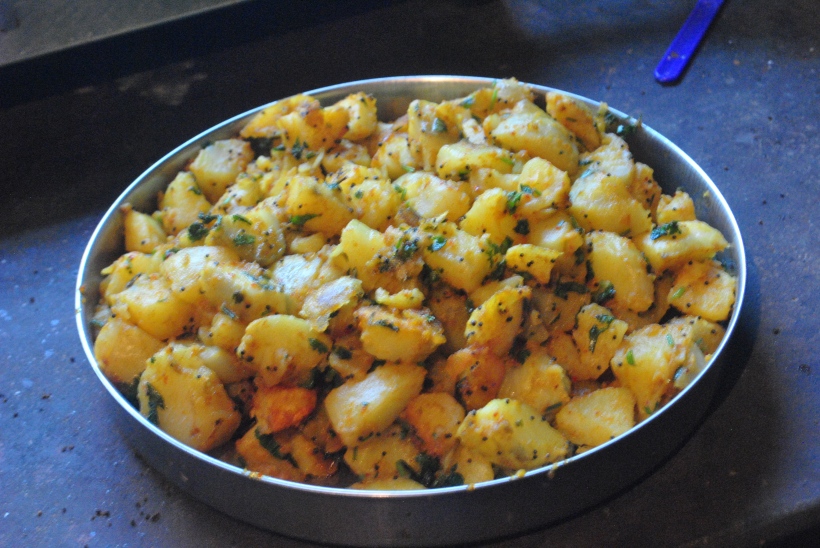 Kneading of the madua flour 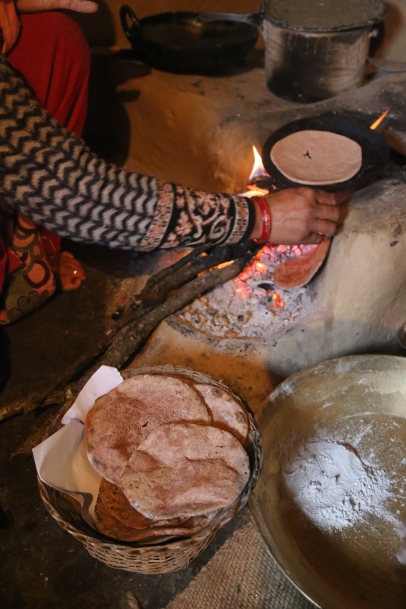 Making of the rotis by hand on a traditional chulha 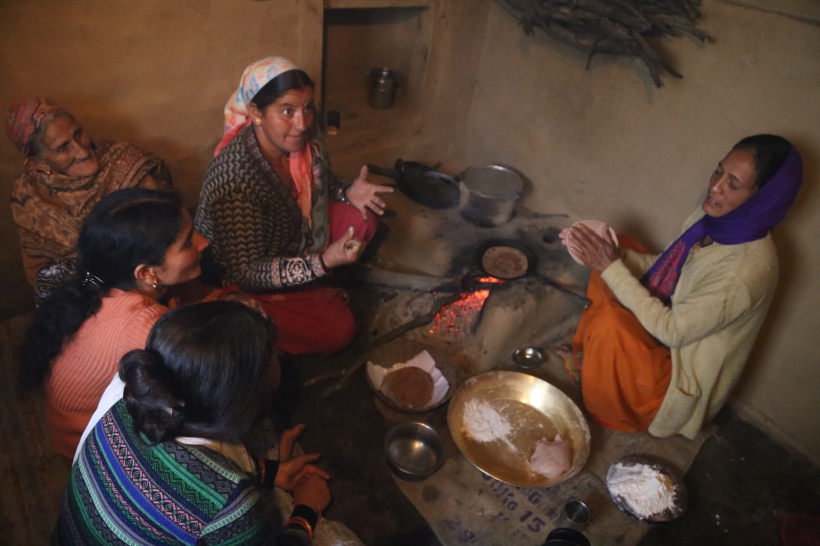 The women chatting while they cook

Meanwhile, the rajma is being prepared 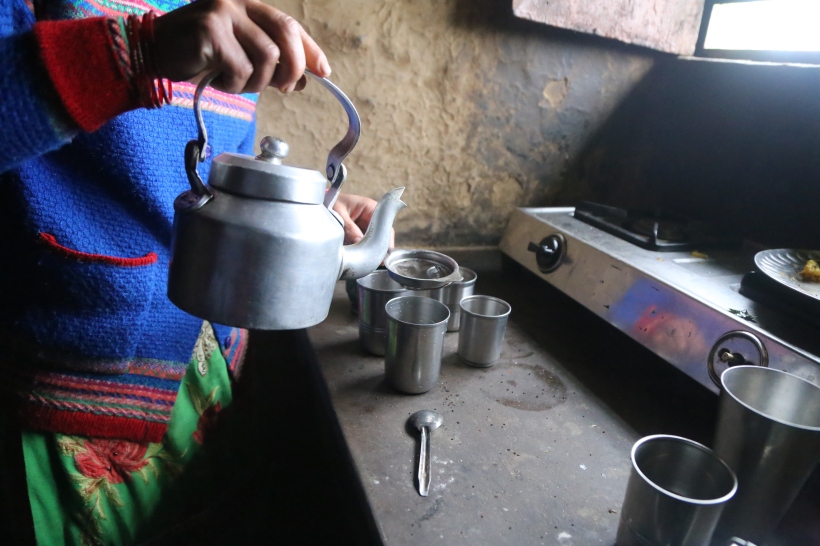 Some chai (tea) to complete the meal!

The thalis being served loaded with delicious food 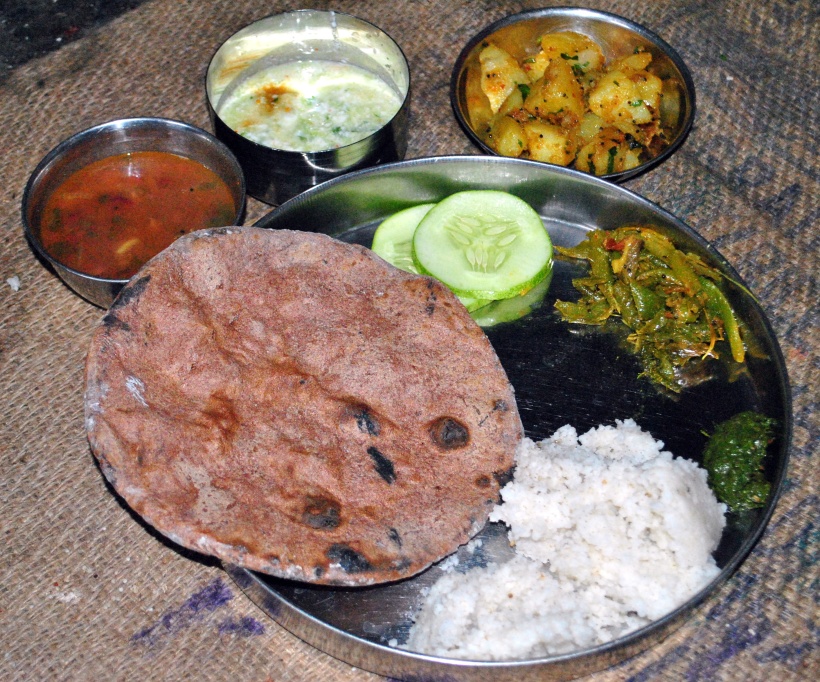 The kitchen where the action was taking place!

Our team with the women who cooked the sumptuous meal for us!