The afternoon lesson was in using a hoe for weeding. I had to squat, dig the earth between onions and later potatoes and remove the weeds. I had to gradually make my way along the line of onions while squatting. It was important to dig the soil deep and turn it inside out to allow for more oxygen to go to the onions.

I realized this whole process was like pranayama for the soil and vegetables. When we do pranayama well our entire body gets oxygen, promotes blood circulation and health. Similarly when we help the soil do its “pranayama” well sufficient oxygen goes into the soil and roots of the vegetables allowing them to grow well.

The toughest part of the whole thing was squatting and keeping focus. Whoever said you can’t workout and meditate at the same time. 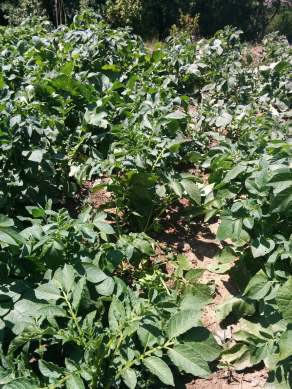 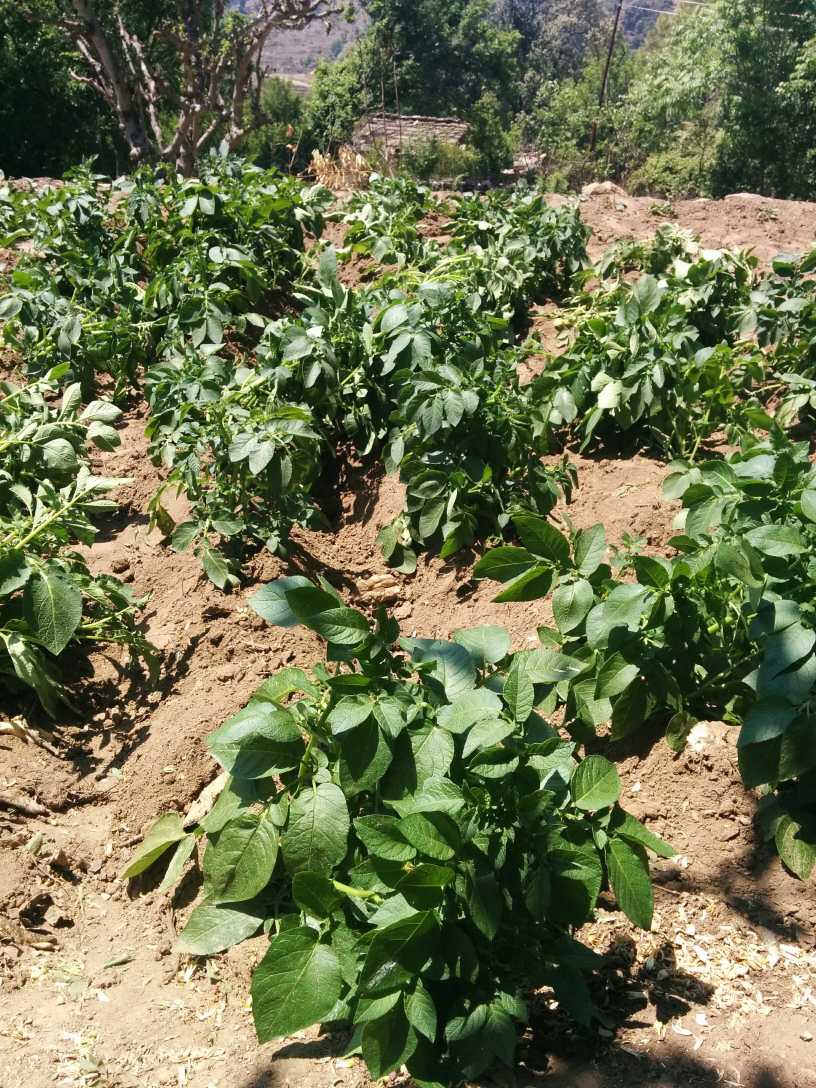 I asked Dayanandji if he gets bored with his job. He has been a farmer ever since he remembers. His reply was a very matter of fact one – “why would I get bored? Just as you folks change jobs, I change my vegetables, grains and fruits. It’s the same thing. I am doing what I love.”

There is a strange mix of languorous zen and inefficiency in rural life. Farmers like Dayanadji are the true zen masters. He sleeps only 4 hours every night, works atleast 6-7 hours a day on the field and wakes up multiple times at night to chase away wild boars that his trusted guard and lieutenant dog – Kaalu alerts him to.

Wild boars and monkeys have been one of the chief reasons why agriculture in Uttarakhand is on a steep decline. The government has recently permitted killing of wild boars but still hasn’t mustered the courage to allow the same for monkeys – after all Uttarakhand is “Dev Bhoomi” or “Land of the Gods” and how can one kill monkeys that resemble Hanuman, the monkey God. Dayanandji had an interesting take on this. He said that Hanuman was a ‘brahmachari’ or a “follower of brahman” which implied he had given up sex and marriage so then how are there so many monkeys!!!

Dayanandji is totally in sync in with the natural rhythms around him – all evolved from his rigorous training on the field in growing vegetables and grains.

He was tending to his potatoes with the same attention and love at 75 as he must have when he was a young farmer of 25. He knows that only by focusing right now on clearing the weeds, mounting the soil around the potatoes and creating a water gulley will he later get big sized potatoes. He has mastered the art of being in the present. At 75 he squatted and deftly worked his way along the line of potatoes. While I kept standing every 10 minutes to flex my “squatting unaccustomed” thighs and kept looking at the pending rows of potatoes that we had to get through.